Today’s the day London Live‘s fresh new branding goes live on air.  Since it’s launch three years ago, London Live has grown into a premium channel with a broad and expanding audience and felt that the channel’s branding deserved a refresh.  After successfully winning the pitch, the TellyJuice team went on to work alongside London Live and to evolve the brand.

TellyJuice came up with the idea of London as a ‘City of Contrasts’; continually on the move, constantly surprising its inhabitants and visitors. London is an unconventional city, where things aren’t always as they seem, and its unique brand of eccentricity is something very special.  We then put this idea into action across the whole brand …

We provided London Live with a series of filmed idents which represented ‘tales of the unexpected’ from around our city, designed to complement the diverse and celebratory programming on the channel. We identified five real London locations which best represented this idea for example, Mudchute Farm, Greenwich Market, Peckham Rooftop Film Club, Gainsborough Wharf and St Pauls.  Our DoP was David Rom (Poldark, Mr Selfridge, Humans) who gave the idents a cinematic, warm and engaging feel.  The tracks were composed by Deep East Music.

As London Live is a relatively young brand, it was decided that it would be wise to not competely change the logo, just to tidy it up.  As Ian Clarke, TellyJuice’s Senior Designer says,

The logo design is an evolution, not a revolution.

Meanwhile, TellyJuice also used the theme of ‘City of Contrasts’ to develop the graphic on-air look. Our in-house design team built a 3D landscape from the shapes found in the space in and around the London Live logo.  They used light and shade and perpetual motion to mimic the city’s ever-changing landscape.  We nicknamed the chosen new colour palette  ‘Teddington Teal’ and ‘Peckham Purple’.  We delivered the complete kit of on-air packaging such as stings, graphic idents, on-air logos and bugs, promo packaging, menus, lower third straps…etc.

TellyJuice also used this fresh look to give the channel’s news programming a complete facelift.  We redesigned the News programme titles, stings and packaging keeping orange as the News output hero colour. 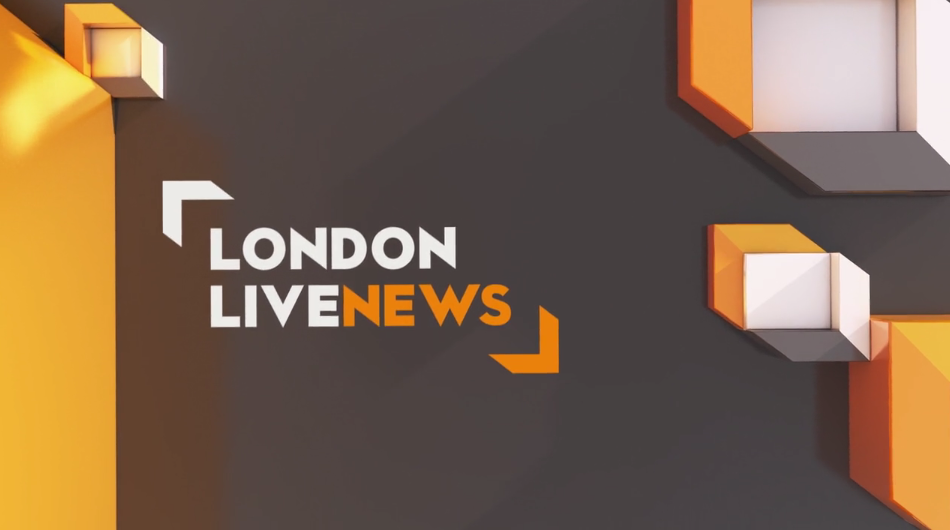 Last but not least, we provided London Live with all the necessary elements for their Facebook and other social sites, their website and their print campaign.

We’re proud to announce that London Live’s team were delighted with everything we delivered. Alex Rawlins, Head of Creative at London Live says,

I feel so proud to be a part of the creative, we couldn’t have asked for anything better from TellyJuice.

To celebrate London Live’s 3rd birthday and the successful launch of the brand refresh, we intend to spend most of today eating cake and drinking prosecco.