We were briefed by The Guardian to create a dynamic on-line commercial for their Changing Media Summit. The commercial needed to visually reflect and explore the ever-fluid, constantly changing nature of the media industry.

Behind The Scenes of the Commercial Shoot

TellyJuice and The Guardian agreed that the effect caused by acrylic paint moving through water would be the perfect visual metaphor. After experimenting with different inks and paints, the team found the perfect consistency. To fit in with The Guardian’s branding, the colours chosen were blue, red, yellow and green.

The film was shot at super slo-mo 120 fps on a Sony NEX FS700 and the result I’m sure you’ll agree is beautiful. 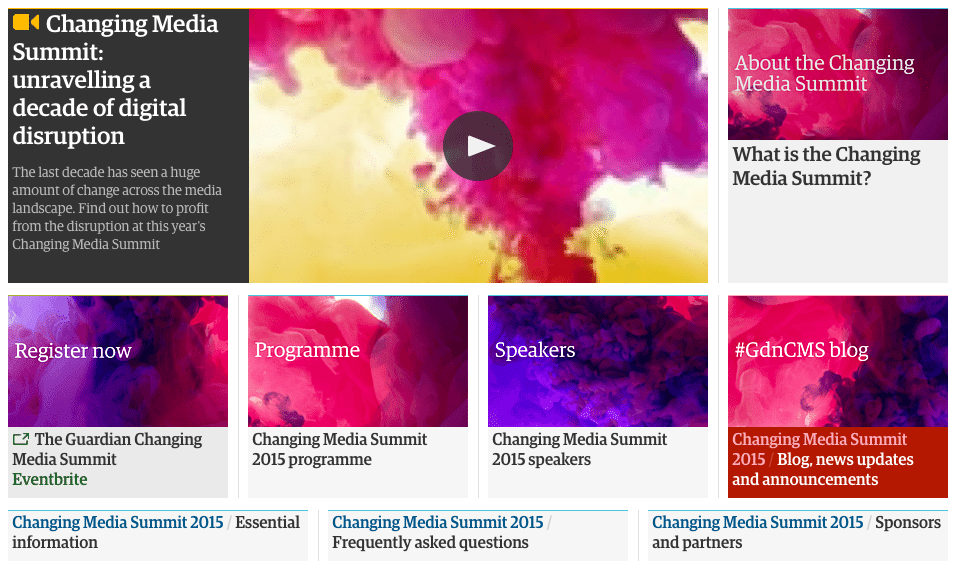 The campaign also involved creating web banners for the Changing Media Summit’s website and a print advert in The Guardian newspaper.

The Changing Media Summit is the Guardian’s flagship media event. This year is its 10th anniversary, on which it will bring together the media and tech industries to discuss and learn how we are adapting and profiting from ’10 years of digital disruption’. It will take place on 18th & 19th March 2015 in London. Find out more information on the Changing Media Summit and register here.

If you have an event to publicise or a marketing campaign that needs beautiful creative execution, please get in touch.

TellyJuice is a Video Production Company and Creative Agency & we’d be very happy to discuss your project with you. Find out more about On-line or TV Commercial Production.