FremantleMedia, The Gods of shiny floor shows such as X-Factor, Got Talent, Idol and just about all the huge game shows you can think of, approached us to make a corporate showreel for them.

They wanted to showcase the wealth and depth of their content on a global scale to show to their stakeholders and to take to MIPCOM to further sell their formats worldwide.  In short it had to be impressive.We offered our esteemed client 3 creative treatments, of which to our delight* they chose the most ambitiously creative one.

Our creative solution was a stage-show style extravaganza where the FremantleMedia content takes centre stage in the form of a giant movie screen.

Our creative solution was a stage-show style extravaganza where the FremantleMedia content takes centre stage in the form of a giant movie screen. Around the screen there was to be much off-screen live action interacting with the on-screen footage.  In the foreground we wanted paparazzi snapping the stars, roadies moving camera gear, contestants celebrating a win and beach babes playing volleyball.

From behind the screen we cast 8 showgirls to parade off the set of Take Me Out, a surfer to run through Ramsay Street, builders to knock up a Grand Design, a silly-walking Basil Fawlty, a unicyclist, an acrobat, some cowboys, a farmer and his wife each doing their thing.  And all just a few examples of the 32 strong cast.

“I wanted to capture a live audience feel, where viewers could almost be able to touch and feel the drama and excitement of FremantleMedia’s content.” explains David Toomer, TellyJuice Creative Director. “And for the viewer to feel some of the buzz that FremantleMedia’s programming generates off screen as well as on”. 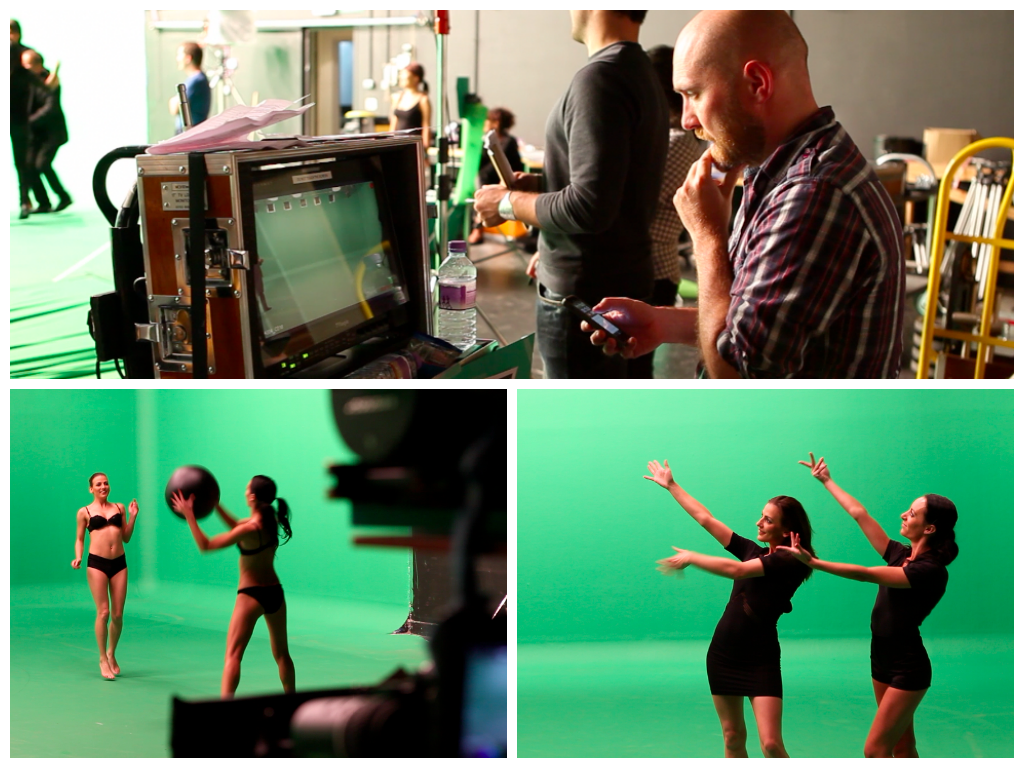 The showreel was made by creating a virtual studio in Cinema 4D where camera positions were mapped out, floor positions marked out, measurements taken and lenses planned.

“The tricky technical stuff was all done in advance so that on the day of the shoot we just needed to replicate the Cinema 4D virtual studio into the real studio. The whole thing was done on green screen and shot on Red” says David Skinner, TellyJuice Art Director.

In post the TellyJuice Design team composited the shot footage in After Effects adding different stage settings for each different genre of footage and many little details such as water splashing, flame throwing and the transitions between the different sections.

The end piece is an incredibly detailed 3 minutes, worthy of several viewings of which TellyJuice is very proud and needless to say the client is thrilled.

*Ok, so admittedly Zoe our Production Coordinator felt a little less thrilled than the rest of us when she realised that the turnaround was only 3 weeks!