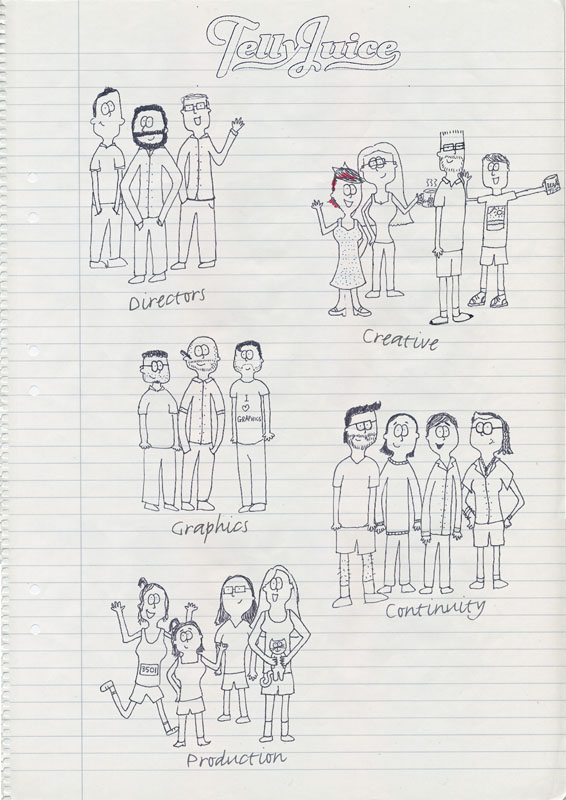 In honour of the nationwide campaign for drawing, on behalf of TellyJuice, James has released his creative juices and drawn a company portrait. Aren’t we a beautiful bunch?

runs from the end of October to the first week of November, the Campaign for Drawing is an independent charity which raises the profile of drawing as a tool for thought, creativity, social and cultural engagement.

We’d love to see your efforts too…..?