BA’s recent digital advertising campaign #lookup (as part of their wider campaign The Magic of Flying), is at the cutting edge of digital technology.

We’re no strangers to the use of a digital billboard; they’re beginning to be a regular sight on public transport, but this is the UK’s first-ever interactive digital video billboard.

The campaign is currently on display in Piccadilly Circus and Chiswick. Both billboards are positioned under the flightpath to Heathrow. When a real BA plane flies overhead, it interrupts the billboard’s digital display to reveal a video of a child who gets up and points directly at the plane in the sky. The actual flight number and destination appear on screen, for example, “Look! It’s the BA0234 from Los Angeles”, as well as the campaign’s hashtag #lookup and a customised message such as the current temperature in that city, or the lowest price available for a similar flight.

The campaign is extremely clever and most importantly hugely engaging, after all, never mind kids, who hasn’t gazed into the clouds and wondered where a plane is heading?

Abigail Comber, Head of Marketing at British Airways, said: ‘This is a first, not just for British Airways but for UK advertising.  The clever technology allows this advert to engage people there and then and answer that question for them. We hope it will create a real ‘wow’ and people will be reminded how amazing flying is and how accessible the world can be.”

Richard Tams, British Airways’ Head of UK & Ireland sales, said: “Sometimes we forget how magical flying can be. The first time anyone gets on a plane is an unforgettable experience and we want to remind our customers of that feeling”.

So how do they do it? What is this clever technology? Well for now, all we know is that it’s custom built surveillance technology designed by Ogilvy 12th Floor and managed by Storm/ Clear Channel. As pioneers of this new technology, for now the details are a closely kept secret. However one thing we are sure about, is this is the immediate future of digital marketing and not just a flight of fancy. (Excuse the pun)

Looking ahead 5-10 years into the future, we can almost step into the set of Minority Report when it comes to digital marketing. 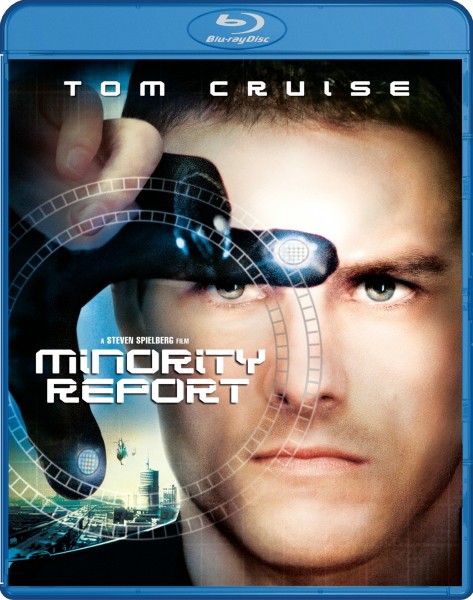 In the film, digital adverts and billboards interact in various ways with their potential customers: An Aquafina advert splashes water on its customers, as he passes by, Guinness advises Tom Cruise’s character, “John Anderton, you could use a Guinness right about now.” As Anderton eats his breakfast, a cereal box plays a video advert.

In 2002 when the movie was released, this form of marketing was seen as futuristic and far fetched, but now just 11 years on, according to The Daily Telegraph, Japanese company NEC has developed billboards that can recognise age and gender and deliver demographically appropriate advertisements.

Researchers at IBM have revealed they are working on technology which will lead to consumers being shown tailor made adverts that reflect their personal interests. The system works by using the same kind of wireless technology tags found in Oyster Cards. These tags, which act as identity tags are known as a RFID chip. They are increasingly being incorporated into credit cards and onto mobile phones. IBM is developing similar billboards to Minority Report, with plans to deliver customised advertisements to individuals who carry these tags. By encoding these chips with information about the individual, digital advertising boards could identify a person as they pass by and show them an advert according to what is known about their shopping habits and personal preferences.

What would your personalised advert say to you?