You may have seen the commercial we made for Mirror Bingo on your telly screens recently, as the campaign is currently airing nationwide.
TellyJuice were asked to make the commercial by Trinity Mirror to launch their online Bingo offer: To spend £10 and get £40 in gaming credit.

We were asked to create an advert that would show the changing nature of the popular game, from traditional Bingo halls to playing online in the comfort of your own home. Director Niall offered the client several creative approaches and they chose ‘Bobby Bingo’, which shows the tragic demise of a traditional Bingo caller’s career, due to the great success of Mirror Bingo’s online game. Bobby Bingo, ‘King of the Balls’ is played by the fabulous Jonathan Kydd.

The advert was filmed at London’s Troxy, the stunning art deco events and concert venue, which was once home to a cinema, The London Opera and in the 1980s a Bingo Hall. It may be no surprise that the Bingo Hall was forced to close, due to dwindling business and the lure of online gaming. 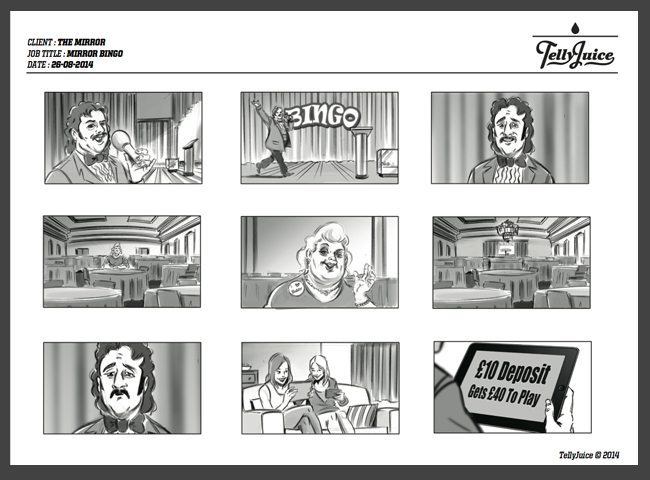 The Mirror Bingo advert was turned around at lightning speed: Including coming up with ideas the whole production from concept to delivery was only two weeks, an approach that would not be possible within the traditional advertising agency model.

Feedback from our client

Feedback is a splendid thing, especially when it’s so positive. Mark O’Donnell, Head of Group Partnerships at Trinity Mirror kindly sent us these words:

It was great working with TellyJuice. The creative idea that they generated was a really good one, it was well produced and is universally liked here at Trinity Mirror. We love Bobby Bingo…! It’s a concept that’s got lots of potential for the future and we’ve seen an instant impact in terms of traffic and new players. TellyJuice offered both a very creative and highly professional service, and I wouldn’t hesitate to work with them again.

For fun, here is some traditional Bingo Lingo… test yourself and see how many you know. 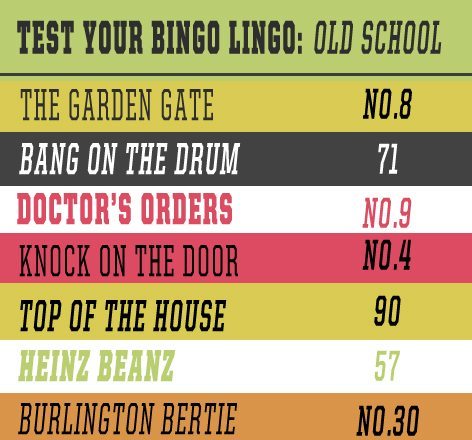 TellyJuice is a Creative Video Agency. We offer a full in-house service and we create TV commercials and promos, online brand films and all manner of marketing and corporate video production. To see more of our work, click here. Or get in touch, we’ll be happy to chat through your project with you. To go to our main site, follow this link.